By Dr Veronesi on April 6, 2015 in Neonatal Reflexes 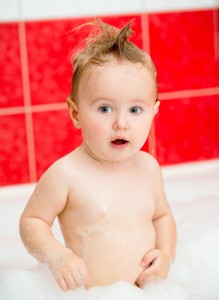 Babies are born with certain reflexes, known as primitive or neonatal reflexes. Some of these reflexes, such as the rooting reflex and the sucking reflex, are vital to baby’s survival. Other reflexes are thought to be remnants of an earlier time in our evolutionary development.

Occasionally, these primitive reflexes persist beyond the age where they should be replaced by new skills. This may be a result of birth trauma, or even just stress from the birth process, premature birth, subluxations, ear infections, or trauma, illness, or antibiotics. It can also be associated with neurological abnormalities, such as cerebral palsy, ADHD, autism, and sensory processing disorder. In some cases, primitive reflexes can reappear as a result of brain trauma, stroke, or brain lesions.

When reflexes are integrated properly, it allows the child’s brain to learn new things, particularly motor skills important to learning. This is why learning delays are frequently associated with poor motor skills, both gross motor skills and fine motor skill, and difficulty with sensory input.

Different reflexes cause different symptoms when not properly integrated. Some reflexes and symptoms associated with retention include:

Fear Paralysis Reflex – This reflex is typically integrated before birth. When retained, this reflex is associated with fear of anything new. Symptoms include anxiety, tantrums, heightened sensitivity, breath holding, insecurity, obsession, and paralysis in times of stress.

Moro Reflex – Also known as the startle reflex, baby responds to sudden stimuli, such as movement, loud noise, or bright light by arching the back and flinging out the arms and legs, followed by folding the arms and legs up to the chest. They can react to a sudden movement, sound or light stimuli. The Moro reflex is usually integrated between four and five months. Symptoms of a retained Moro reflex include hyperactivity, hypersensitivity, insomnia, impulsiveness, food sensitivities, and emotional or social immaturity.

Rooting and Babkin reflexes – The rooting reflex is seen when baby turns his head toward a touch on the cheek. The Babkin reflex is a closely linked reflex that is seen when baby kneads with the hands while suckling. Retained rooting reflex can lead to sensitivity around the mouth, speech impairments, difficulty swallowing, sensitivity to food textures, and poor dexterity. A retained Babkin reflex causes hand movements to affect speech, and speech to affect hand movements.

Suck reflex – The suck reflex causes the infant to push the tongue forward to suck milk from breast or bottle and is integrated by the time baby reaches about four months, allowing her to swallow solid food. When this reflex is retained, the tongue pushes the front teeth out, causing an overbite. Symptoms include speech delays and impairments, trouble chewing and swallowing, movement of the tongue when drawing, or doing hand activities such as using scissors, or other manual activities, and a lisp.

Asymmetrical Tonic Neck Reflex – This reflex is thought to help the baby participate in the birth process. When the baby’s head is turned, the arm and leg on the other side pull in. This reflex integrates around six to seven months and retention is associated with difficulties with visual tracking, inability to judge distance, poor handwriting, and shoulder and neck problems.

There are specific movement exercises and therapy that Sydney Chiropractors, Dr Rachael Veronesi and Kate Rungie, do to help remediate any retained primitive reflexes so to allow your child’s brain to mature and develop to the next level. If you suspect that your child may be struggling with retained primitive reflexes, call NeuroBalance Chiropractic today on 02 9938 5456 to schedule an appointment to have your child evaluated. A great time to time to have your child assessed is around the 3-4 year old age mark. We carry out pre-school assessment at this time to help parents to address any issues that may arise before their children start school.