By Dr Veronesi on September 19, 2016 in Traumatic Brain Injury 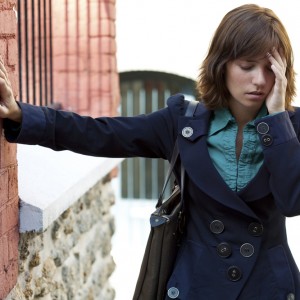 Dizziness is a term that is often used to describe one of two different sensations. The first is lightheadedness, or a feeling of being about to faint, and is usually relieved by lying down. The most common causes of lightheadedness is a drop in blood pressure, which can have several causes.

The second sensation is vertigo, or a sensation of movement where there is none. You may feel like you are tilting, falling, or that you or your surroundings are spinning. Vertigo can make it difficult to stand or walk. Severe cases of lightheadedness or vertigo may be associated with nausea or vomiting.

The most common type of persistent vertigo is Benign Paroxysmal Positional Vertigo (BPPV). To understand what this means, let’s break it down.

Most commonly, BPPV is caused by a change in the position of the horizontal semicircular canal. This type of BPPV is often accompanied by uncontrolled eye movements, known as nystagmus, and can be further subdivided into geotropic and apogeotropic. Both of these types have to do with calcium crystals and other debris within the ear. The geotropic subtype is thought to be caused by the movement of particles floating in the fluid of the inner ear, while apogeotropic is thought to be caused by debris that has attached to the cupula, a dome shaped structure found on the semicircular canals.

Other causes of BPPV include damage to the inner ear, decreased cupula density due to excessive alcohol use, changes in endolymph from water soluble molecules, changes in the cupula, and imbalance in an inner ear structure known as the utricle.

When BPPV is caused by free floating particles in the inner ear, it can often be adressed with a series of positioning manoeuvres designed to move the particles.(1)  Sometimes it is necessary to use what is known as Vestibular Rehabilitation Therapy.  VRT has been shown to be effective for other types of vertigo such as vestibular neuritis and Meniere’s Disease.(2)

Some practitioners find that a follow up course of VRT may also be necessary for people who have experienced BPPV if they are experiencing ongoing symptoms even after the BPPV has resolved.

If you suffer from BPPV or vertigo, call your Sydney Chiropractor at the NeuroBalance Chiropractic Clinic now on 02 8039 6700 to arrange an appointment to find out how we can help.

How Your Chiropractor Can Help Improve Your Run
Ironman Event